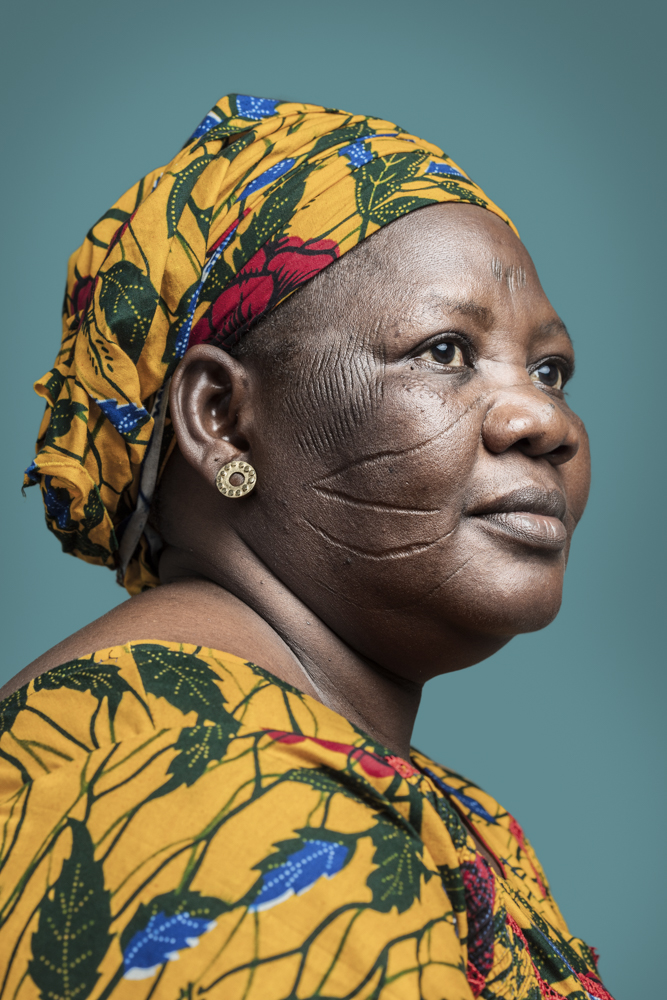 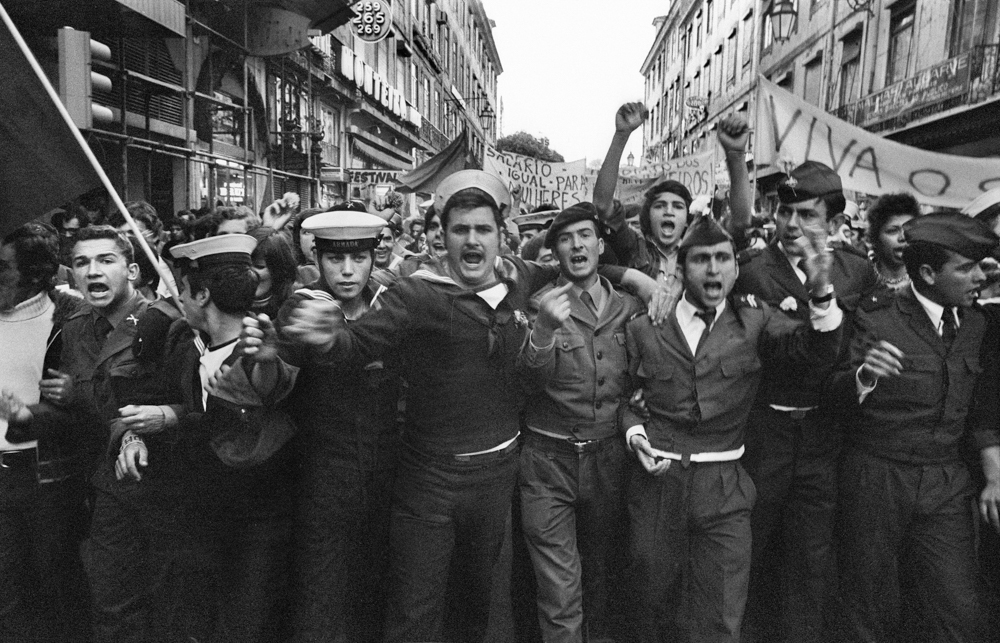 Just the mention of his name is enough to take us on a trip through time. Our own time. The second half of the last century was characterised by enormous changes in Italy’s social fabric, which only his discerning and skilled lens has managed to capture so expertly for the future. Uliano Lucas is a deeply insightful photographer, an intellectual whose images are now used in school history lessons. He has collaborated with magazines such as L’Europeo, Il Mondo, L’Espresso, Vie Nuove and with the daily newspapers La Stampa, Il Manifesto and Il Giorno. He is an outstanding personality in the field of photography, a field which is increasingly characterised by approximations, but he prefers to describe himself quite simply as a photojournalist.

“Throughout my life I have always been involved in photography in one way or another,” Lucas tells us. “I used to work for Oggi, a magazine with a circulation of one million copies and a readership twice that number. The middle class was the protagonist, in an Italy that Rusconi had invented. Everything was different back then. Those who produced the stories were highly motivated individuals, free from constraints, and human life was more important than profit. Today, the concept of the freelancer, as I was, barely exists any more. The conditions are no longer there. We need to take note and act, be resilient and adapt to the new ways: print media will cease to exist. The old democracy has shrunk and a new one is emerging. Photographs have become commodities. For photographers, wars have become goods to sell. Globalisation is a fascinating and – at the same time – complicated phenomenon. Intellectual work is being proletarianised. Today, value equates to money: how much does the photograph cost? How much does one photograph cost? Everything has become commercialised, including art.”

What does the job of a photojournalist involve?

The job of a photojournalist requires commitment and dedication, and a desire to tell a story. I have given a face to people who would otherwise have been left out of a country’s history. I have described social, political and civil changes in an Italy that did not accept this inspired society that demanded rights and was in a minority. Now everything has changed. We need to work out where we are heading and get ready. The myth of the intrepid reporter going around the world with a camera around their neck still exists. Generally speaking, I do not think there is a need for myths. What is more, photography nowadays does not delve deeply enough into issues. Photographers no longer think in terms of long projects and do not research things beforehand. They are also obliged to adapt their work to newspapers at the service of those in power and to advertising requirements, working to satisfy a sales approach that is rather different to the photographers’ way of thinking. This is why the various sides no longer understand each other. In order to produce things of worth we must create a new type of journalism with a high social impact, whether in the form of online newspapers or blogs. A journalism that has no customers and that still values the human and artistic aspects.

Were the problems of social inequality in those days better or worse than now?

Today the problems of social inequality are worse than before. Migrants in the post-war period were Italian citizens, but Ugandans who arrive in our country nowadays have no rights. There are some similarities, however. In the ‘60s, the migrants from Matera, for example, organised themselves into clans. They would meet up and talk in their own dialect, including those who were transferred to the northern cities and did not understand the industrial dimension of their transfer to Milan or Turin. Today the same problem faces the Syrians and the Africans.

How have you portrayed the factories?

I’ve not tried to mythicize the factories either. I wanted to document places where ten thousand people were employed, producing wealth. This was a new reality. I started in the early ‘70s photographing the Zanussi factory in Pordenone – a model factory. My approach was very clear: I wanted to capture the workers’ schedules as they worked on the assembly line, their rest breaks, the women workers from the south of Italy, production, the interior of the factory, the gazes of the people inside. The factory was a closed environment which was not easy for a photographer to gain access to. If you think about it, in our cinema industry, there are no films about workers. At the time, I was also working with L’Espresso. It was thanks to the newspaper that I managed to gain access to the plant by negotiating with the trade union. In 1982, I visited Italsider (now Ilva). I was allowed to photograph anything I wanted and in one week I had enough material to tell its story. This work formed the basis for a huge exhibition in Taranto. Those photographs are still the only photographs of the plant as no-one has been back to take any photographs there since.

Have you always worked on long projects, maestro?

Yes, always. Through choice. Even when the wars of liberation and the conflicts in Africa were going on, I went there to understand why these were happening. I also collaborated with African newspapers, I gave them my photographs. Eritrea, Palestine, Algeria. I am a third-worlder. For my book about Guinea Bissau I spent months in the liberated areas. I reported on a democracy and on the way a state that was governed by a foreign power could gain its independence. Stereotypes about African countries still exist. To westerners, Africa is an underdeveloped continent, yet there was a highly structured military organisation there. The political leaders were figures of considerable standing. I produced a book that spoke about things that we were indifferent to. Europe has never been interested in Africa; we have always been more interested in Latin America, even now. The book was sent to the Human Rights Commission and it enabled the UN to ratify the liberation of three quarters of the territory of Guinea Bissau from Portuguese rule.

Didn’t you also witness the Carnation Revolution in 1974?

I spent a long time in Portugal, often undercover. There were some years when I was constantly travelling. The Captains’ Movement met me. I arrived there on 27 April (the revolution had started on the 25th [Ed.]). These were opposition troops, officers and lower-rank soldiers who seized power in order to restore dignity to the people after 80 years. They occupied Lisbon and other cities and rediscovered democracy. People were exasperated due to the depletion of the public coffers also as a result of colonial rule in Asia and Africa. Later on, the African states that were under foreign rule were also liberated.

Perhaps we can finish by talking about how it all started: tell us about your beginnings in the Brera district. What was it like in that period?

I first went into Bar Jamaica when I was only 16 years old. I practically lived there, I even had my office in there. The intelligence that the province would send to Milan passed through there. For the intellectuals and the artists it was a safe haven around Brera Academy where age was not a problem. What is more, prices were cheap. We would find ourselves discussing Surrealism, Jonesco, the Avanguard Movement or the Cobra Group. We would learn things, exchange opinions. It was the district of artisans and workers, an extraordinary place where you could meet new people and create and breathe in culture. Photography would open up debates and discussion without mythicizing, debates which would end up coming full circle. In the ‘50s and ‘60s in Italy, there were around twenty photographers who were the best in the world.

Did you already know then that you wanted to be a photojournalist?

By the age of 18 I had already decided that I wanted to be in control of my own life and not have to answer to anyone. I still feel that way. You see, inside every system, one has to make choices. Recently, a friend who I was having a meal with showed me his children’s school books. They contained many of my photographs. That’s what proves the impact of my work. It allows me to fully understand what I have achieved.