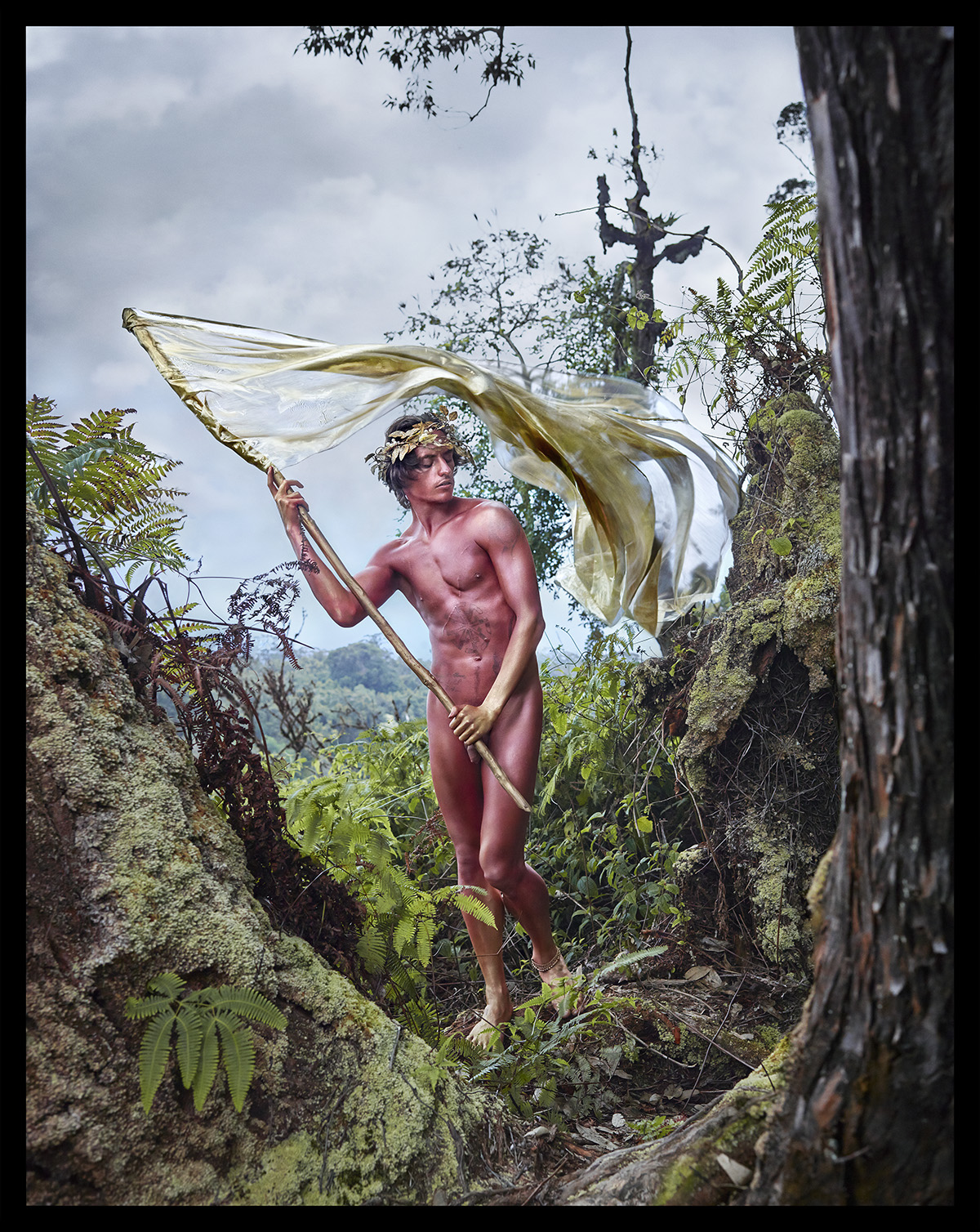 We published the incredible work of David LaChapelle on our issue “Habitat”. He found time to give us an almost surreal and very entertaining interview where he talked about his hyper-realistic style, his thinking and the world. Now the artist is celebrated in Paris with LETTER TO THE WORLD, a large-scale exhibition designed for Galerie Templon’s new space at Rue du Grenier Saint-Lazare. Conceived as a journey through LaChapelle’s imagination, Letter to the World brings together iconic pieces as well as the photographer’s dramatic new work. The exhibition is designed to create a dialogue between two contrasting worlds: from destruction to utopia, excess to redemption. On the lower level, a dynamic selection of iconic works illustrate LaChapelle’s vision of the world we live in today.  The pieces work to represent the challenges of human civilization on the verge of collapse— faltering under the pressure of environmental dangers, the excesses of consumer culture and celebrity idolization. The virtuosic Seismic Shift (2012) as well as the defining Death by Hamburger (2001) and Addicted to Diamonds (1997) are positioned in concert with the artist’s portrait renderings of Andy Warhol, Faye Dunaway, Michael Jackson, Princess Diana and more. On the upper level, the artist responds to to the mortal world with a fantastical utopia.  Throughout the expansive space, over 50 new pictures narrate intimate and powerful scenes from the artist’s imagination – a world where nature and man coexist with joy.

David LaChapelle moved to the jungles of Hawaii 12 years ago. Inspired by his quest for spirituality and a more secluded life, his new works reveal a surprising aspect of his investigations. Drenched in an explosion of unusual, electric colors, his images are composed like collages. They bring to mind the experiments of early photography and evoke William Blake, Leonardo da Vinci and religious iconography. Included in this new world is a preview of his latest series in which LaChapelle photographs figures which he feels would be his ultimate subjects.  This includes the arresting portrait of George Harrison featured above this text, State of Consciousness, 2018.

Letter to the World is on view November 3 through December 29 at Galerie Templon, 28 Rue du Grenier-Saint-Lazare, 75003, Paris

All the images are © David LaChapelle. Courtesy Templon, Paris & Brussels