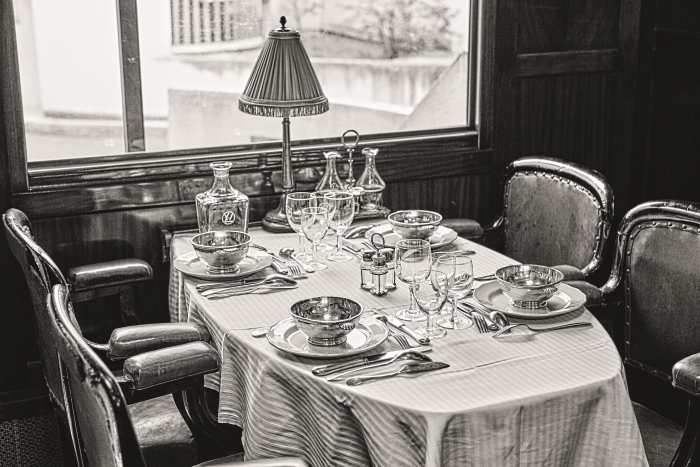 We announce the release of a new, beautiful book from ACC Art Books: “Orient Express, the Story of a Legend”. With a forward from the actor Kenneth Branagh, a text from Guillaume Picon and photographs by Benjamin Chelly, it explores the legacy of the train known as ‘the king of trains, the train of kings.’  Orient Express was the first train to connect Europe and the gateway to the East, and it reached an immediate succes as it was the incarnation of all the desires and fantasies associated with it. Put on the rail in 1883 by the Compagnie Internationale des Wagons-Lits connecting Paris Gare de l’Est with Costantinopoli, now Istanbul, the service was interrupted during the two World wars between 1914 and 1921 and between 1939 and 1945, to cease definitively in 1977 due to competition from air transport.

Symbol of a slow and luxurious way of traveling, the Orient Express has often appeared in books and films, often as a place of mystery and intrigue, becoming a timeless myth also thanks to literature and cinema. Many years after its final journey, “Orient Express, the Story of a Legend” explores previously unpublished archives and opens the doors to the restoration workshops giving the witnesses to this mythical story brought back to life. The book features over 200 new and archival images documenting its extraordinary journey.

TITLE:   Orient Express, The Story of a Legend